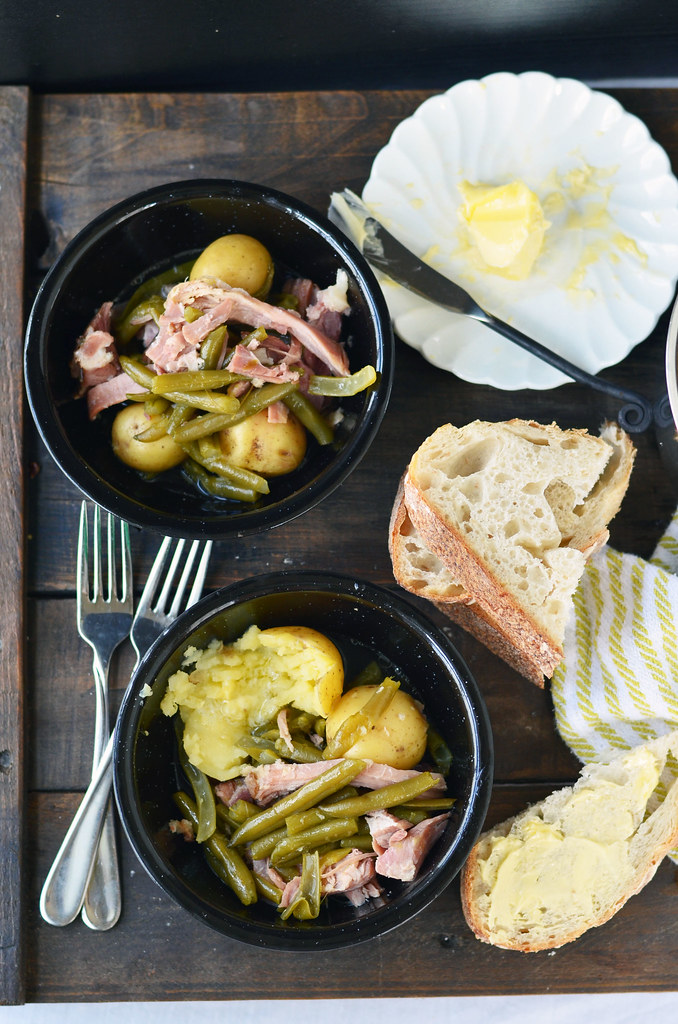 And we are Monday-ing again.  Weren’t we just Friday-ing it up like freaking rockstars?  Drinking Oktoberfests and gobbling hamburgers dripping with fried egg and golden yolks and dipping greasy salted fries in tangy ketchup and pretending that salads loaded with blue cheese and drenched in ranch dressing counts as a healthy vegetable side.  Can we Friday all week long?

Or Saturday, because that was pretty rad as well. 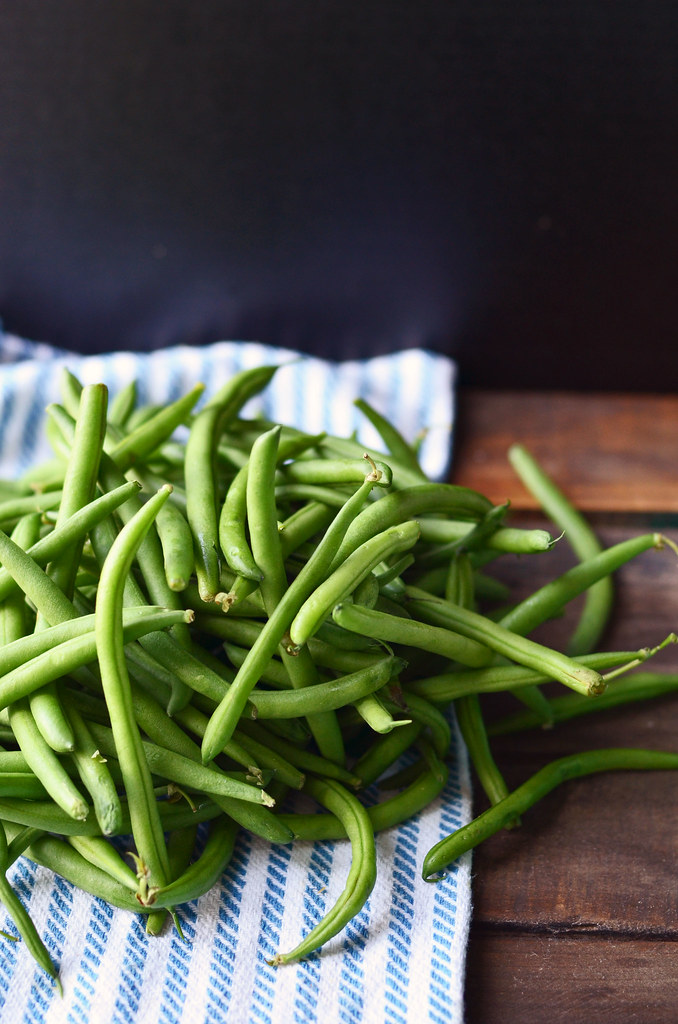 Over the weekend I took a bit of a field trip waaaayy back to 1992.  Place, my grandparent’s home.  Front porch which would probably be considered an all-seasons room, as long as you didn’t include winter as a season or you enjoyed freezing your figurative balls off while you read the morning newspaper.   Sitting on the edge of a lawn chair that swallowed my 8 year old self with a threadbare flowered apron doubled over and wrapped around my waist.  Feet bare and dangling and I am sure, filthy from running around the farm shoeless.  A mountain of freshly picked green beans sits inches from my knees, ready to be snapped by my miniature hands.  There would be a bowl for cleaned beans, the stems and discarded bits would land in my apron covered lap.

This would inevitably take all afternoon.  The beans would be eaten for dinner that night, Ziplock bags full would be handed off to family members and neighbors, the majority being canned and put up for those long winter months that were just around the corner.

When mom picked us up later that evening or perhaps later in the week, a few bags of green beans would be loaded up in the minivan along with her children, stink blown off and our feet freshly scrubbed with a bleach water mixture.  Dinner that evening was already in the books. 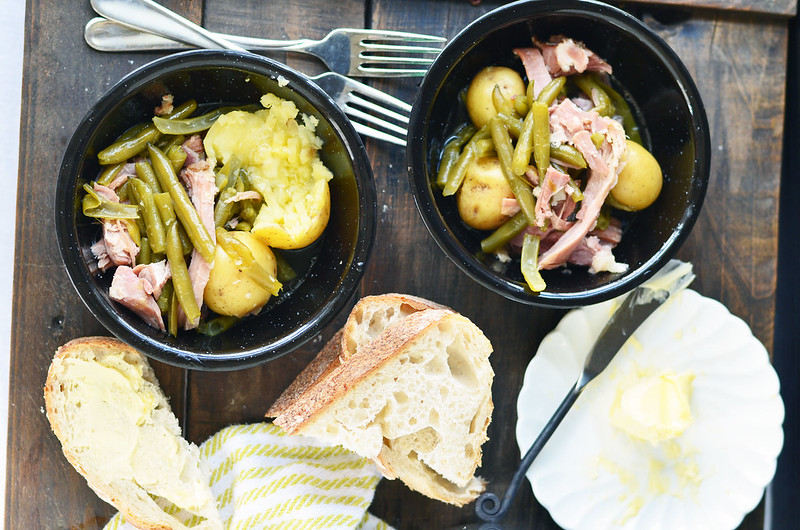 A dinner that can be stretched to feed 5 or 20 folks.  Leftovers, good for days, the beans and potatoes getting richer and well, more ham-y as day 2 and 3 come around.

A favorite summer dinner for as long as I can remember and perhaps it was because I had integral part in its creation. 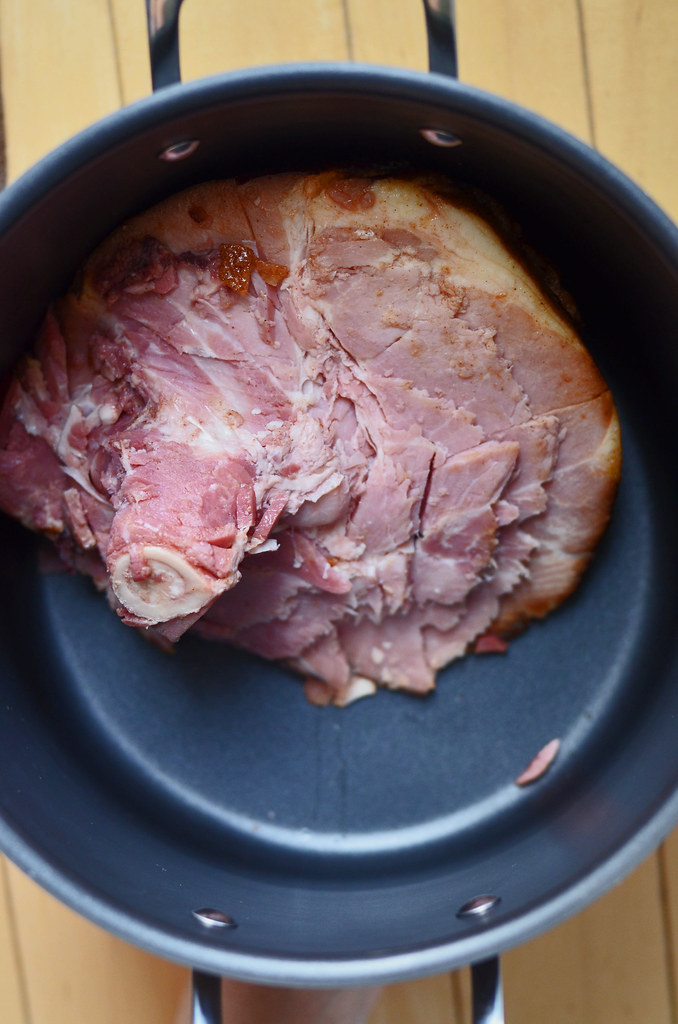 A ham bone.  Or a hock.  Honestly, I don’t know the difference.  Perhaps there isn’t one.  The internet doesn’t provide me with a clear answer and every one in my world uses them interchangeably.  Unless one of you smart cookies school me in the differences (if they exist) I will most likely continue on the tradition.

If you guys are wondering if that is my kitchen floor, y’all would be correct.

Cover the ham hock with plain old water until is just covered.  Boil, cover, then simmer.  You have some time here…jog a few miles, fold some clothes, binge watch 3 episodes of Jerry. 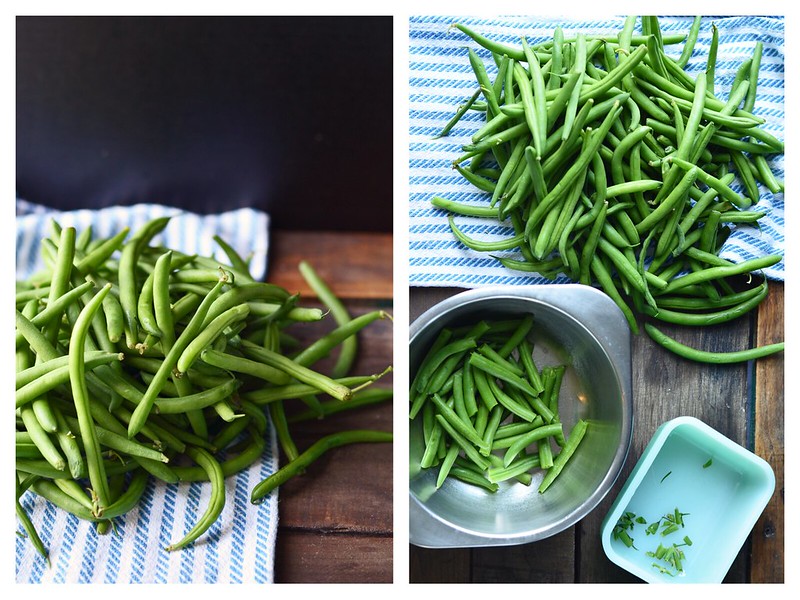 Beans need a snappin’.  Remove stems and snap in half or thirds…The fresher the bean, the crisper, and the louder the snap.  The more satisfying the chore will be.

The beans enter the pot with the ham hock/bone and simmer away again.  Go vacuum the front room, organize your junk drawer, or watch an episode of this. 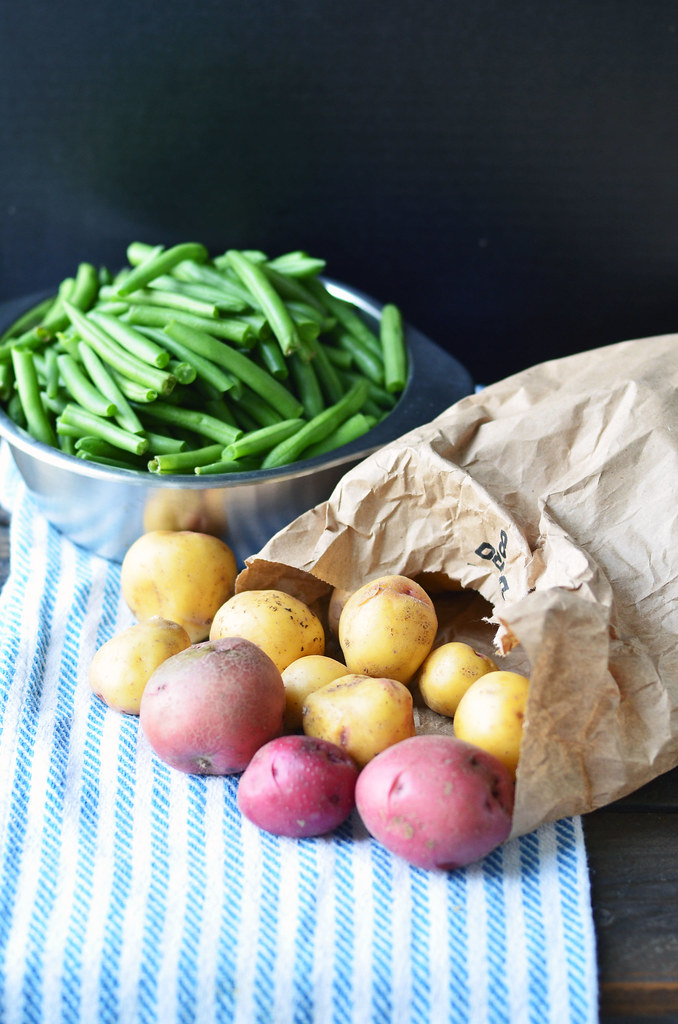 Try your best to get potatoes of similar size so they cook evenly.  Baby new potatoes work so darn well in this dish, however growing up – baby new potatoes were nonexistent.  Quartering larger potatoes will do the trick.

They hit the pot after the beans.  Again, you have some time here.  Dust, flip backwards through a magazine,  or pester the resident cat.

The ham bone/hock will need picked over and meat pulled off and shredded and added back to the pot.  Serve immediately with bread and butter or keep warm on stovetop until the crowd arrives or cool and refrigerate and reheat on stove when dinnertime rolls around. 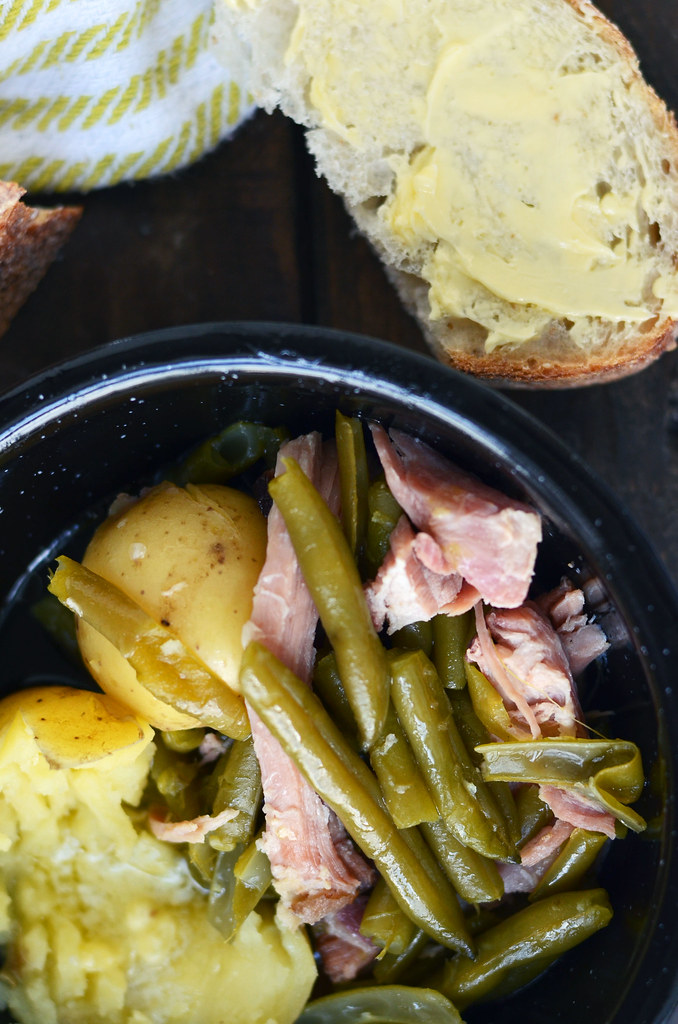 I had this habit of fishing out those potatoes from the pot once it hit the fridge.  Reheating, smashing with a fork, and smothering them in butter and salt.  I also pick out the Oreos from cookies and cream ice cream and the bagel chips from Chex Mix.  I am such a brat.  I know. 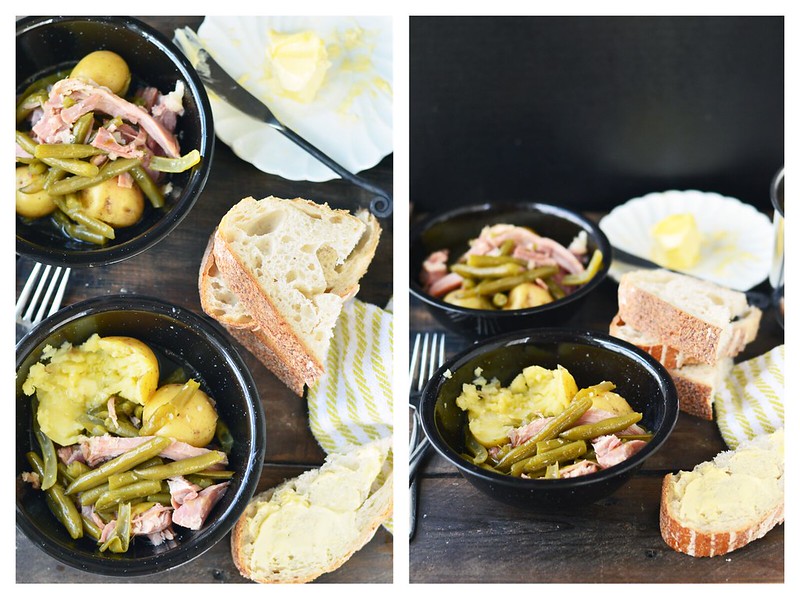